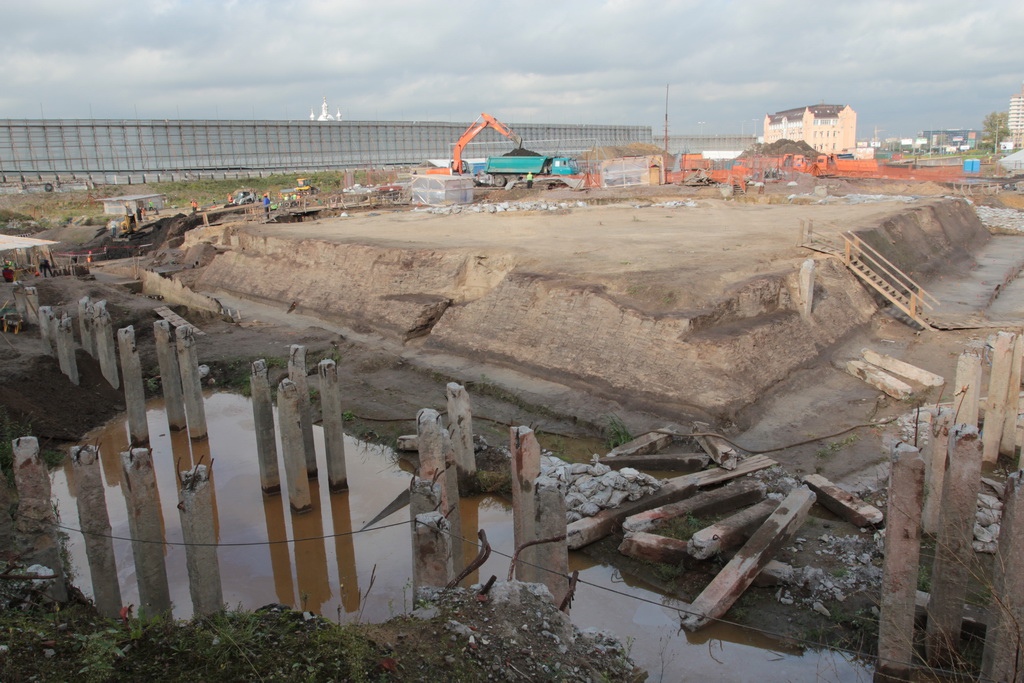 In summer and autumn 2010 specialists of “Trimetari Consulting” have supported a project of scanning of archaeological excavations at Cape Okhta in Saint Petersburg. Historical significance of this area was firstly noticed already in the 90s of the last century, but serious studies started in 2006 by research institute “Nasledie”. The unique historical objects have been found, such as a number of Neolithic sites, remains of the fortifications of Landscrona and Nyenschantz, XIV and XVII century respectively. 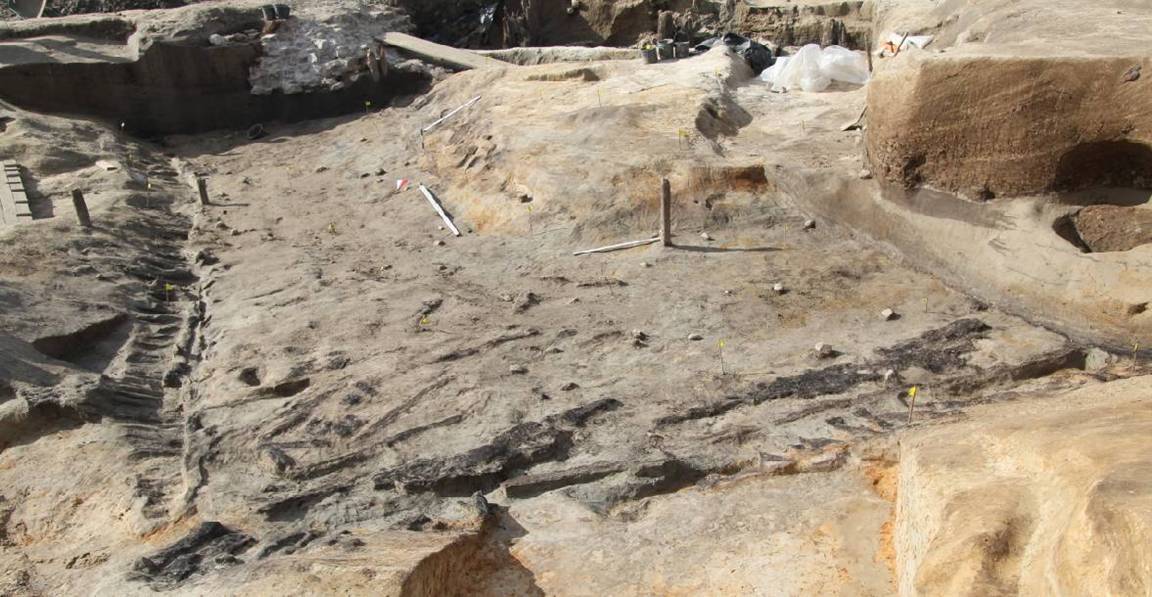 At the present time the studies are performed by the Institute for the History of Material Culture of the RAS. By September 2010 the area of the excavations is about 17000 sq.m. (51 pits), the total quantity of findings is more than 12000. That is why the Okhta excavations are considered one of the largest modern archeological projects on the territory of Russia. This project has obtained a particular significance because of the socially ventilated possible construction of the Okhta business-center on this site.

Large area of the excavations, abundance of findings and tight schedule made the archaeologists reorganize the technique of field data documenting for the wide using of measurement technology and computer programs. It was also decided to engage laser scanning technology for documenting of the remains of the found fortifications of Landscrona and Nyenschantz. It is this technology that makes possible to get highly detailed 3D geometry of the surface of scanned objects immensely fast. The final result will be presented as a 3D photorealistic model. 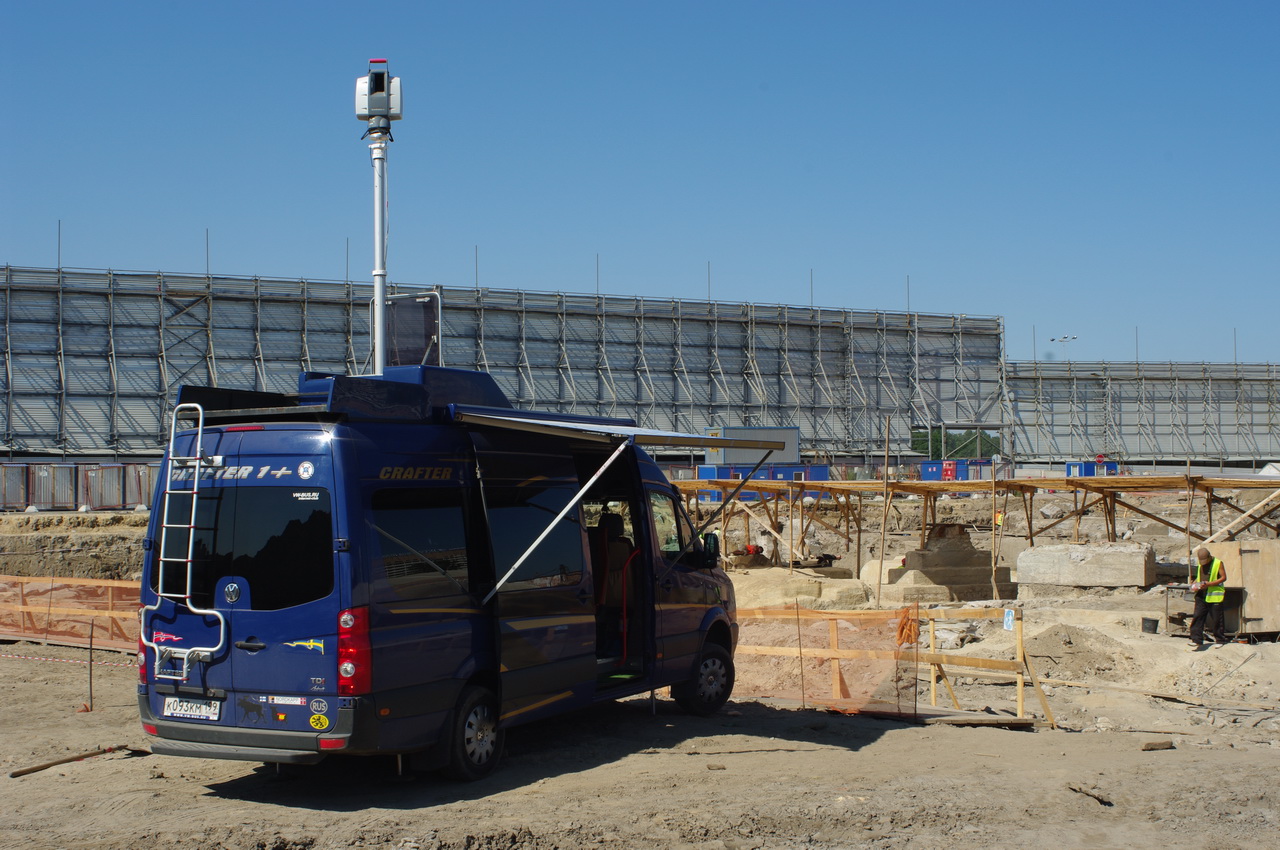 The performer of this project, “MobiScan” subdivision of Saint Petersburg Spetzproektrestavratzia Research Institute, considering the complexity and immensity of the project, invited the specialists of “Trimetari Consulting” for supporting and consulting.

Dmitry Linovsky, manager of “MobiScan” says: “We have a good experience in scanning of historical and architectural objects in Saint Petersburg. But in this case we have had a special task and no experience in its solution. It is not an easy task to get 3D of a big excavation surface and combine it with high-definition photo texture. To perform it fast, we invited experts from “Trimetari Consulting”. And we are highly satisfied with our joint work. The Trimetari experts supported us at all stages, from planning of surveys to the presentation of the final results to our customer that allowed us to considerably decrease the working time and to get a perfect experience. On the whole we have come to the conclusion to continue our joint work over other projects as well, because integration of experience of restorers, architects, archaeologists and laser scanning experts gives a considerably better effect in comparison to the joint results of their separate work. Moreover, cooperative communication of specialists from different areas increases decision making efficiency, which is a key factor at such large-scale projects.” 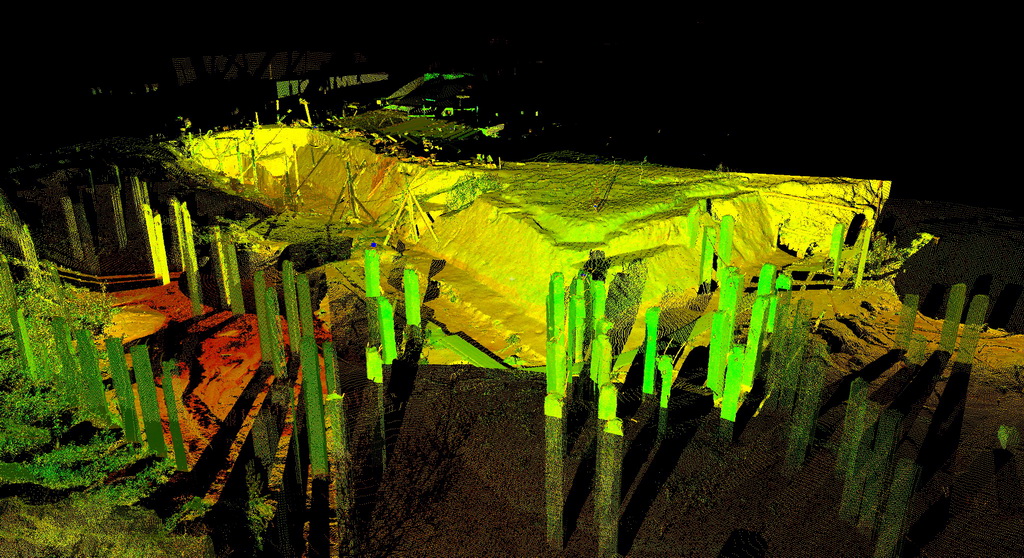 Mikhail Anikushkin, CEO of Trimetari Consulting, comments: “We were glad to be a part of this project, as for many of us archeology is not a mere science but a method of direct communication with history. We have got a great pleasure and interest dealing with the scientists of the Institute. It was also important for us to know that through our actions we contributed to the preservation of cultural values. I hope that the customer will use our model not only for solution of scientific issues, which is very interesting by itself, but also for the museumification of the fortress remains. Speaking about the technical side of the project, it was really not an easy task, taking into account an unprec

edented scale of excavations. Another factor is efficiency: the archeologists prepared pits specially for the fixation procedure, when done they continued excavation of lower levels. Given that we had several dozens of pits, our work had to be not only fast, but also infallible. When excavations are conducted by hundreds of people, the scenery is changing every day, so repeated scanning is out of the question. We analyzed technologies used by Mobiscan and came to the conclusion that their software did not fully answer tasks set by this project. Together with the restorers we made a decision to involve additional software”.

The field work (scanning and photo) and data processing (creation of the model) took several months. Leica ScanStation 2 and Cyclone software were used. The obtained textured 3D models are first of all documents, describing in details this unique complex of archeological objects. The models will also be used for visualization and realistic 3D modeling of objects that existed on this area in times past.